Gutentag! James from mjelly here with the first in a new series here at Mobile Zeitgeist.  Every week I’ll be covering a new mobile 2.0 site or application here at Germany’s no.1 mobile blog.  Mein Deutsche ist nicht sehr gut – so I’ll be writing auf English. To kick off the series I’ll be focusing on some of Germany’s hottest mobile startups.   This week it’s mjoy.com – a mobile site which has quickly established itself as one of the leading mobile internet services out there.

mjoy.com is a mobile web portal developed by Venista which is based in Cologne Germany.  The main selling point is the ability to send free SMS virtually anywhere in the world with no character limit.  Once you have joined mjoy you can send SMS via the mobile website and the user receiving the text will see that it has come from your phone number and be able to reply directly to you.  Messages can be terminated in over 180 countries (basically everywhere except one or two markets).  mjoy also allow users to send messages directly over the system for free and offers a threaded/ conversation-style view for these kind of exchanges. 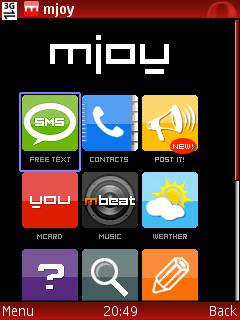 They are already getting a lot of traction since their launch in late 2008:

– around 1000 new members joining the site per day 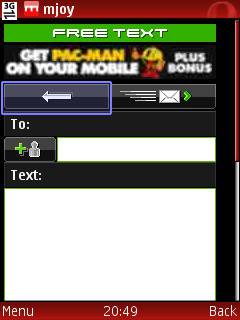 In addition to the free SMS capability mjoy offers a number of other features:

– an addresss book which can automatically sync with your phone contacts

Mjoy just signed a big deal with Fox Mobile to distribute content from Jamba have also recently developed a micro-blogging feature called Post-it! which offers twitter-style status updates.  They have also built a profile system (mcard) which is the start of building mjoy into a social network and community portal.  Finally, mjoy are due to launch an API which will allow third party developers to build widgets and apps which can be embedded within the portal. 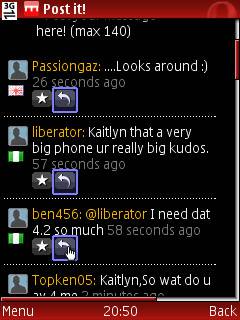 Why is it interesting?

Historically, mobile services have really struggled to build viral growth and often depend on heavy marketing spend in order to build traction.   However, mjoy is benefiting from powerful viral effects through the free SMS service as the message „Text for FREE with http://mjoy.com/m/desktop.htm;jsessionid=B85588BD03EF3FE79615736A15E5676C“ is attached to every SMS sent through the service. This changes the economics of its business completely as it has an extremely low user aquisition cost.  It costs mjoy a couple of euro cents per SMS but this is very cheap when you consider that a good proportion of users who receive an SMS will probably sign-up to the service. 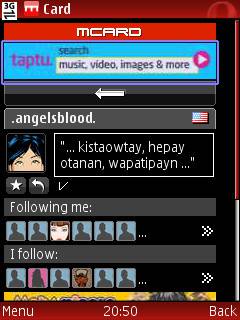 Germany has produced some of the biggest names in mobile, notably Jamba, but also some of the world’s most exciting mobile 2.0 plays such as itsmy.com and Peperonity.  mjoy could be the latest big success story to come out of the German market.  What they are doing is incredibly clever – building traction with the free SMS service and using this to expand into other areas such as content, entertainment and community services.

Signing deals with players like Fox shows that mjoy is becoming a major player in mobile services after just 6 months of operations.  With the forthcoming launch of the API mjoy is beginning to build something really exciting.  Keep an eye on these guys they are going to be big…

That’s it for this week, see you next time for another mobile 2.0 service of the week when we’ll be profiling another German mobile 2.0 success story.

You can get an mjoy login on mjelly which is a directory of mobile sites and other stuff at mjelly.com and m.mjelly.com